The Avantone Pro CLA-200 Studio Reference Amplifier is a classically designed Class A/B amplifier. We took particular care to create an amplifier in the traditional studio style, with generous VU meters, high quality Japanese components and a serious toroidal transformer linear power supply. In a standard 2U rack mount chassis, this amplifier can generate over 200 watts per channel into an 8 ohm load, making it perfect for medium to large speakers in a studio environment. The CLA200 is convection cooled – no fan noise, so it can be used in the same room as the monitors. 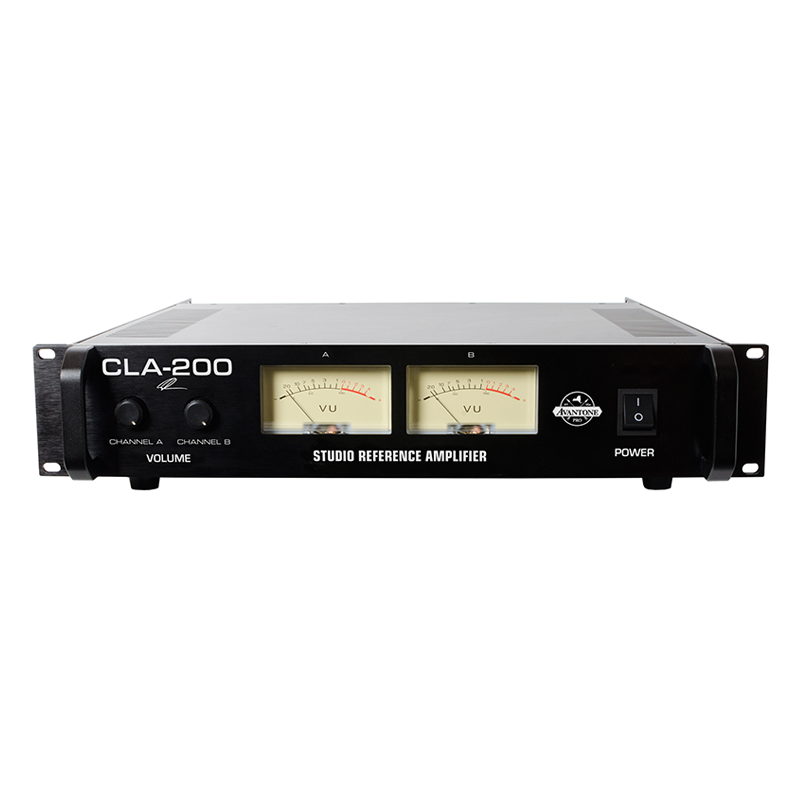 The CLA-200 was designed to be paired with the CLA-10 studio monitors, but it can be used with just about any demanding speaker load. Very low distortion, steady performance under harsh conditions, and an open and transparent sound make this an obvious choice for discerning studios.

The Avantone Pro CLA-200 Studio Reference Amplifier is a dynamic, high output, high resolution, full-range system built the old school way. We included no-compromise components in a 2U convection cooled chassis to complement our CLA-10 Studio Reference Monitors. Of course, it can be used with any passive studio monitor requiring serious dynamic range.

The CLA-200 Studio Reference Amplifier is designed to be used in a studio environment requiring high power output with no fan noise. Under testing, it delivers a powerful 208 watts into 8 ohms and can run at one third power without thermal fault. The CLA-200 has zero fan noise, as it’s convection cooled — which makes it perfectly suited for control room installation.

The CLA minitor family _ only from Avantone

We’ve worked tirelessly to bring this classic monitor system back to the world — but it took more than just recreating a single speaker. A tremendous amount of attention has been put into every detail: matching the original MDF and wood veneer for the cabinet, matching the original winding dimensions/value/dc resistance of the inductors, profiling the most popular amplifier pairings of the original, just to name a few things. All of this development has culminated into a slew of monitor solutions. 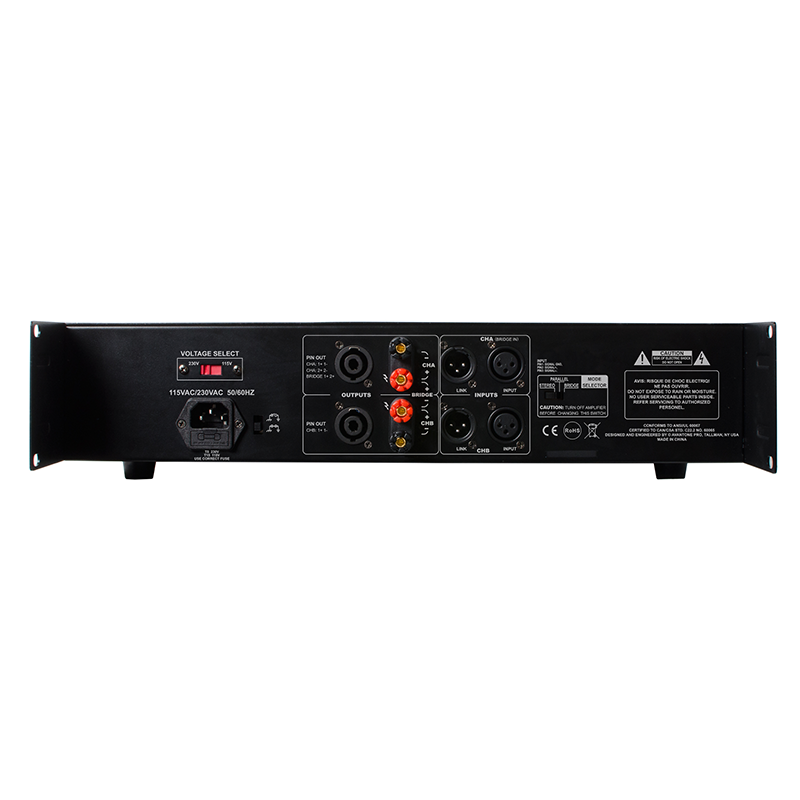